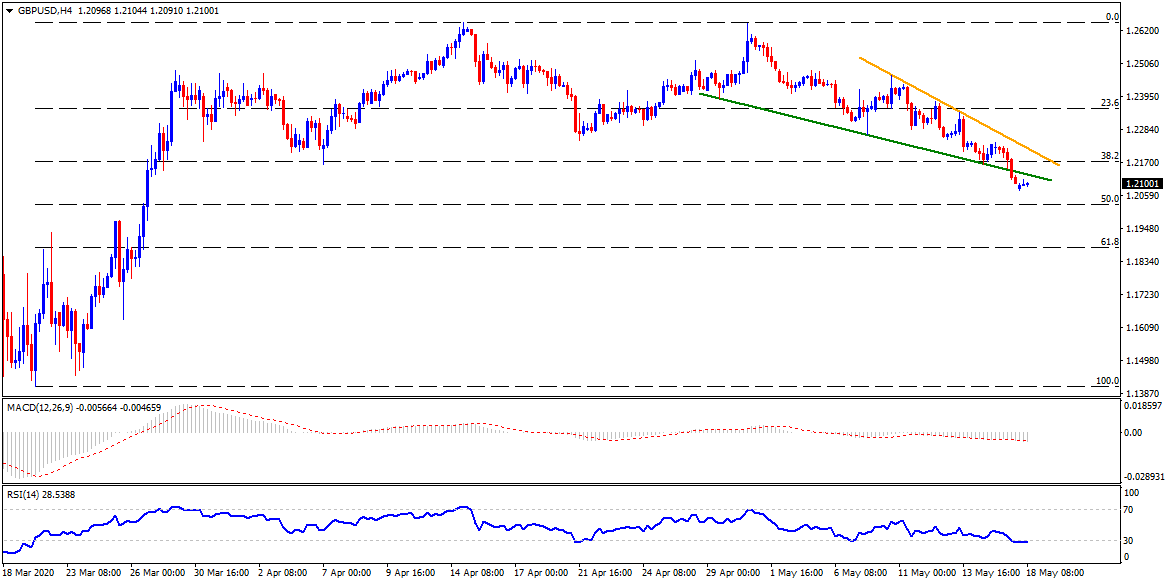 Although oversold RSI triggered GBPUSD pullback from the lowest since March 26, the pair remains below a falling trend line from April 29. Additionally, bearish MACD and sustained trading below April month low also keep the sellers hopeful. As a result, 50% and 61.8% Fibonacci retracement levels of the Cable's March-April fall, respectively around 1.2020 and 1.1880, can entertain the bears. Acting as rest-point during the further fall will be late-March top surrounding 1.1970.

Meanwhile, the pair's recoveries beyond 1.2135 support-turned-resistance line can propel the quote towards another falling trend line resistance from May 08, at 1.2215. If the GBPUSD prices successfully rise above 1.2215, the monthly top near 1.2483 and the double-tops between 1.2640/50 will be on the bulls' watch-list. It should also be noted that the pair's run-up past-1.2650 could trigger another round of the bull run.