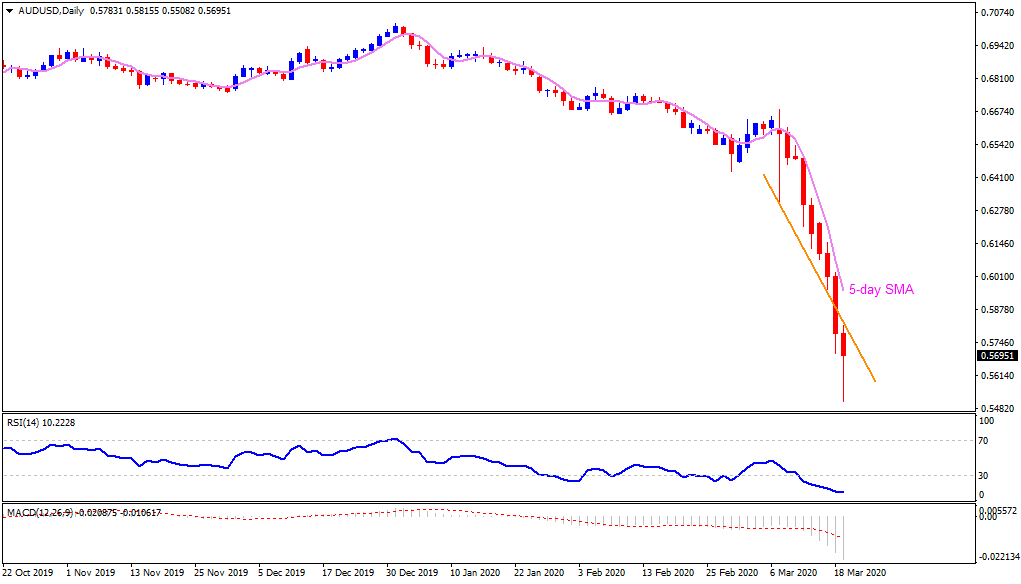 Following the RBA's 25 basis point rate cut and bond purchase target, mostly known as the quantitative easing (QE), AUD/USD dropped to the fresh low since late-2002. The reason could also be traced from the Aussie government order to close borders for non-residents while signaling further government stimulus ahead. Not only the Aussie policymakers but the ECB, Korean and Fed members were also occupying the news to combat the deadly virus. The resultant risk-off weighed on the Aussie pair and offered additional burden. With this, the pair currently declines towards the November 2002 low near 0.5545 whereas August 2002 bottom surrounding 0.5230 could please the bears next.