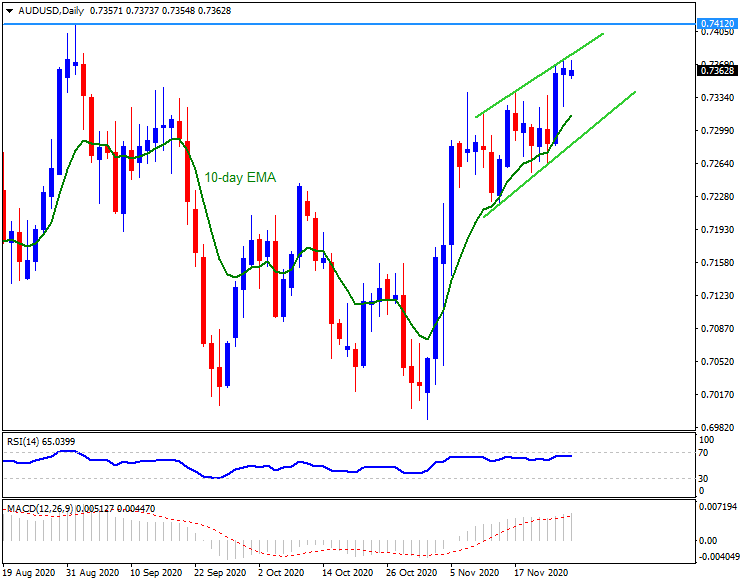 AUDUSD eases from two-week-old rising trend line amid nearly overbought RSI during the early Thursday. In doing so, the quote steps back from the highest since September 02 while eyeing the revisit 0.7345/40 support-zone, comprising tops marked since the mid-September. While 10-day EMA, near 0.7315, can please short-term sellers past-0.7340, a short-term rising trend channel favors the bulls unless breaking 0.7280 support line.

Meanwhile, the channel's resistance near 0.7380 precedes the 0.7400 round-figure and the yearly peak, marked in September, around 0.7415 to entertain the bulls. If at all the AUDUSD buyers refrain from watching over the RSI conditions, the November 2017 low near 0.7500 may return to the chart. Overall, the bulls have dominated during the last eight months and the bears are looking for entries. Though, fundamentals are against the downside.