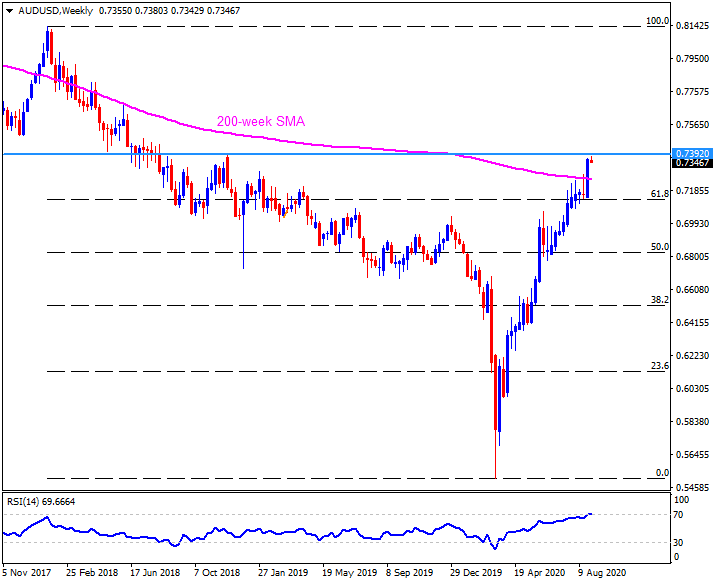 Although AUDUSD recedes the from the yearly high beyond 0.7350, the pair's sustained trading beyond 200-week SMA enables the bulls to attack December 2018 top near 0.7400 during the further upside. However, overbought RSI may restrict the quote's further upside, if not then multiple barriers below 0.7500 may hinder the run-up towards June 2018 peak surrounding 0.7675.