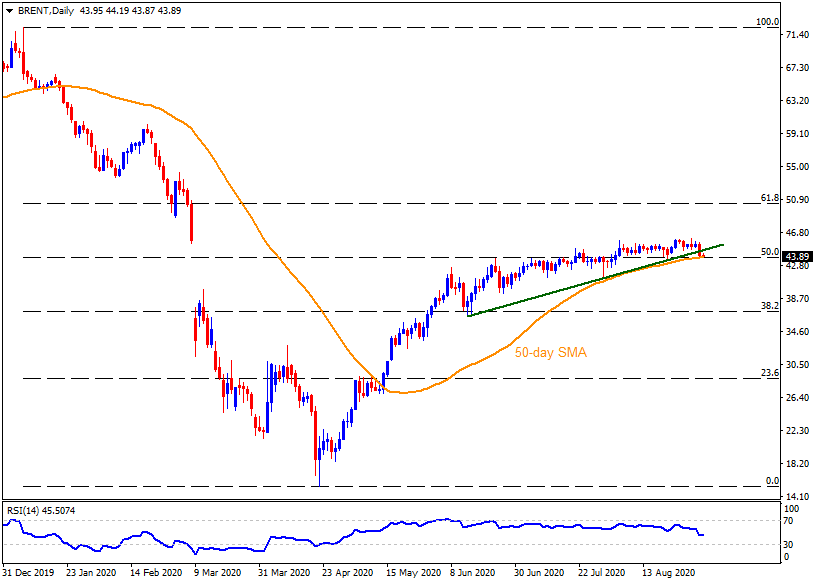 The oil traders aren't relieved from the biggest fall in ten weeks as the Brent remains on the back foot near a key support joint including 50% Fibonacci retracement and 50-day SMA. Given the RSI conditions being mostly normal, despite the latest downside, coupled with the clear break of an ascending trend line from June 12, sellers are likely to aim for July month's low surrounding $41.40. Though, any declines following the same will be restricted by the $40.00 threshold.