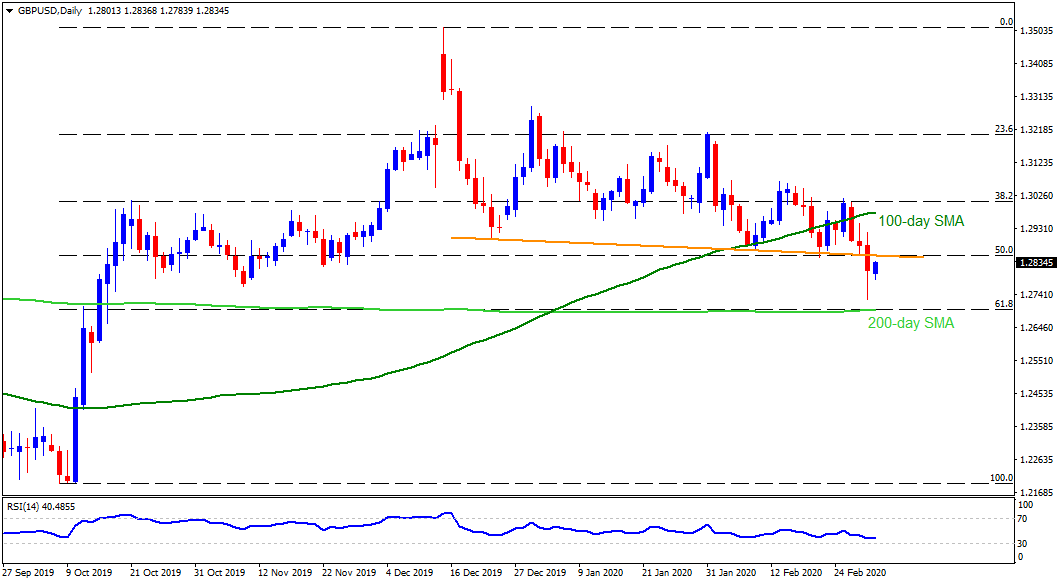 Despite bouncing off four-month low, GBPUSD isn't out of the woods yet. The reason being the start of the formal UK-EU Brexit deal talks as well as the pair's sustained trading below 10-week-old falling trend line and 50% Fibonacci retracement. However, 200-day SMA and 61.8% Fibonacci retracement limit the pair's short-term downside around 1.2700/2695. Should there be a clear break below 1.2695, the bears will not hesitate to aim for early-October 2019 top surrounding 1.2415.