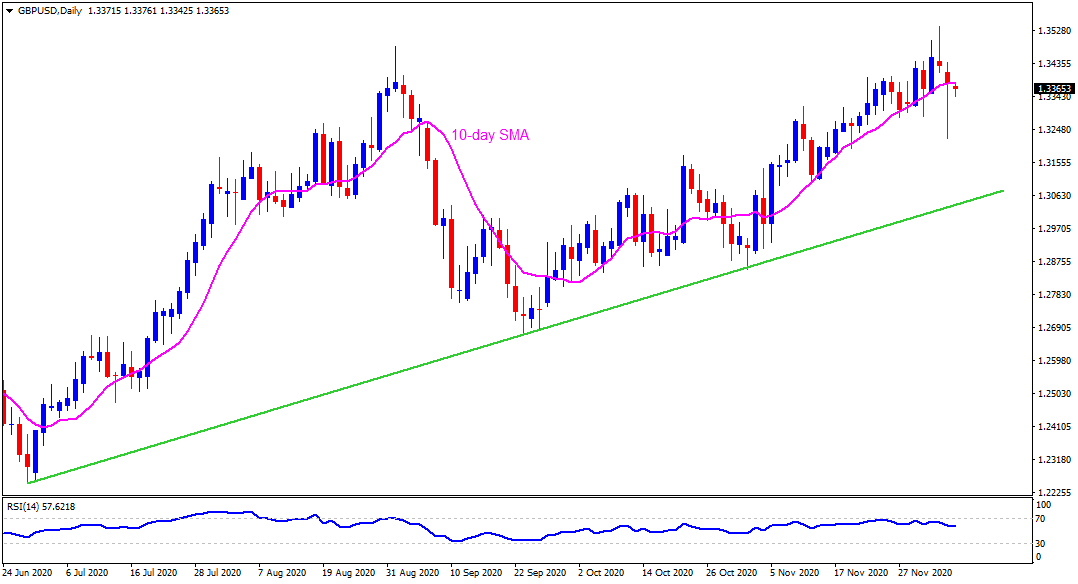 GBPUSD remains pressured for the third consecutive day as Brexit woes firm up during the last hours of closing the deal. Neither the UK nor the EU seems to have any inclination of going easy on the others, which in turn increases the odds of a no-deal departure of the ex-neighbors. Technically, the quote drops below 10-day SMA and the RSI has recently started reversing from the overbought conditions. As a result, sellers have a larger room to the south wherein the October high, close to 1.3175, appears to be the initially strong support ahead of the 1.3100 round-figure. Though, any further weakness past-1.3100 will be tamed by an ascending trend line from June 29, at 1.3035 now.