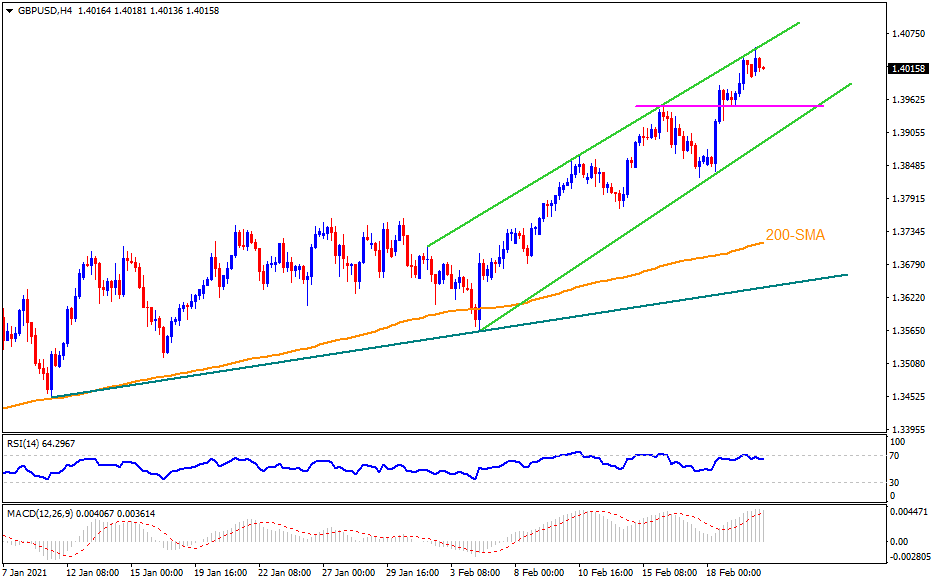 Despite recently easing to 1.4015, GBPUSD keeps the early-day run-up to the fresh top since April 2018. The cable’s latest pullback could be traced from its failures to defy an ascending channel formation since February 02. However, the bears aren’t likely to return until witnessing a clear downside break of the stated channel’s support as well as 200-SMA. That said, the upper line of the channel, at 1.4060 now, offers an intermediate halt during the run-up that ultimately targets the April 2018 peak surrounding 1.4375.

On the contrary, the 1.4000 psychological magnet and one-week-old horizontal support around 1.3950 seem to lure short-term GBPUSD sellers ahead of the stated channel’s support line near 1. 3880. Even if the quote defies the bullish chart pattern, January’s top near 1.3760 and 200-SMA level near 1.3715 will test the bears. Furthermore, an upward sloping trend line from January 11 around 1.3630 will add to the downside filters for the sterling traders to watch.