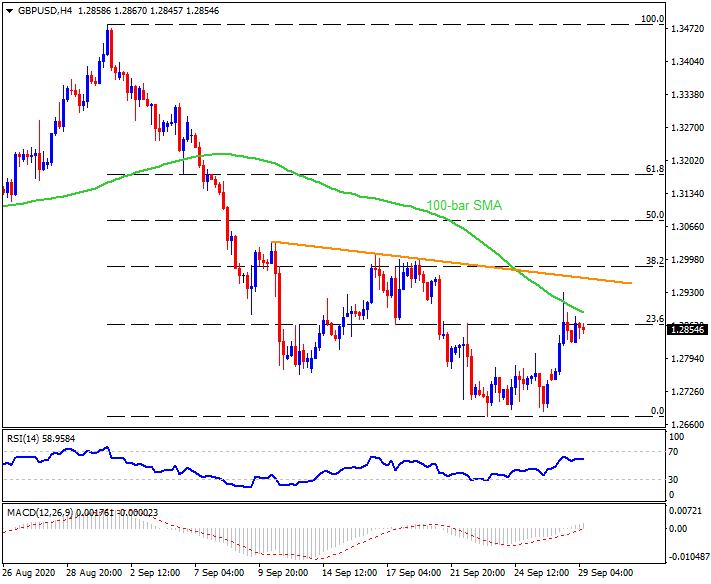 Although the latest Brexit-positive headlines keep GBPUSD bears away, 100-bar SMA and a falling trend line from September 10, respectively around 1.2890 and 1.2960, restrict the cable's near-term upside. The pair traders should know that the European Union (EU) and the UK are up for the ninth round of Brexit talks, in Brussels, that will stretch till Friday. Even if the differences between Tories and the bloc leaders are likely to keep the risk of no-deal Brexit alive, any surprises can easily cross 1.2960 to attack the 1.3000 psychological magnet and aim for the 13-day high near 1.3030.

On the contrary, the 1.2770/65 area including the lows marked on September 11, can probe the bears ahead of directing them to the monthly bottom close to 1.2675. Should downbeat fundamentals drag GBPUSD below 1.2675, tops marked in April and early-July, near 1.2640 and 1.2600 in that order, may gain the sellers' attention.