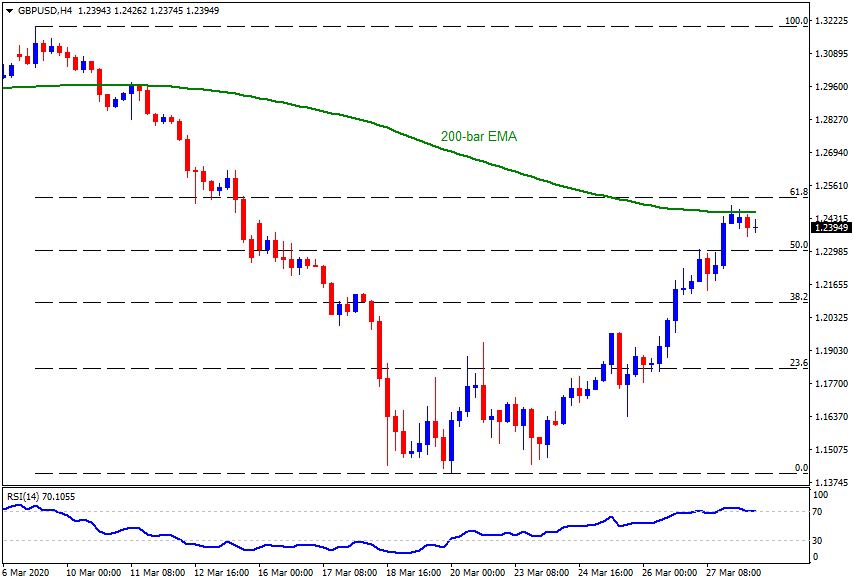 Despite staying close to a two-week high, GBPUSD fails to clear 200-bar EMA amid, not to mention about 61.8% Fibonacci retracement of its early-month declines. While considering the pullback together with overbought RSI, the quote is likely to witness further weakness on the break of 50% Fibonacci retracement level of 1.2300. In doing so, the quote can aim for 1.2130 and 1.2000 numbers to the south whereas March 20 top near 1.1930 could question the bears afterward.