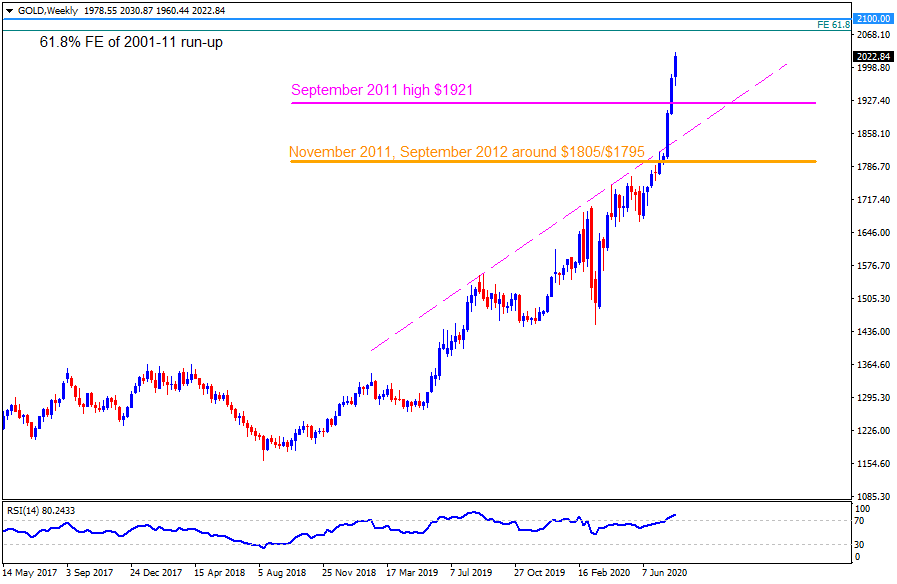 Gold bulls are unstoppable as they keep refreshing the record highs. The recent one crossed $2,000 mark during the early Wednesday while flashing $2030.87 as the milestone. Considering the market's rush for risk-safety, gold buyers are less likely to concentrate on the oversold RSI conditions while inching closer to 61.8% Fibonacci Expansion (FE) of the metal's 2001-2011 run-up near $2077. Though, $2100 round-figures might offer breathing space to the bullion optimists.

Meanwhile, the previous record high of $1921 and an ascending trend line from August 2018, at $1,840 now, could keep the bears chained before diverting them to $1805/1795 region comprising tops marked during November 2011 and September 2012. It's worth mentioning that the quote's downside past-$1795 will be considered an open call to the sellers targeting the sub-$1700 area.