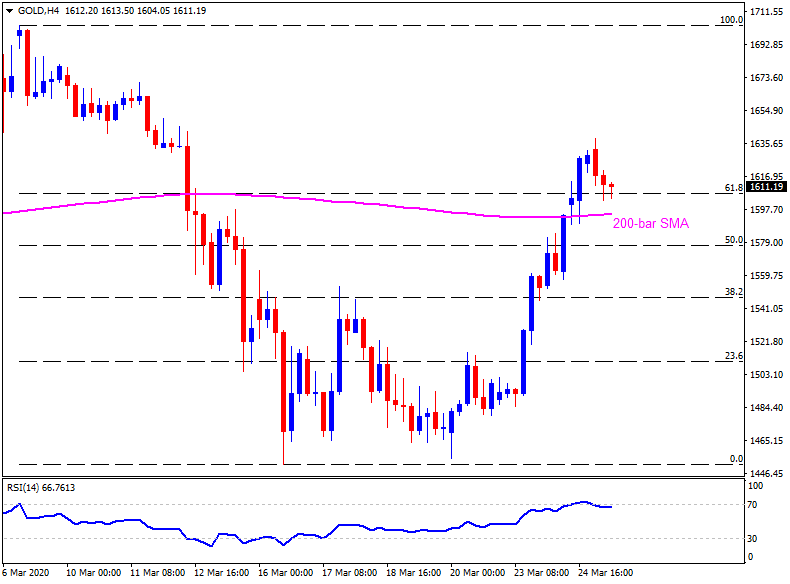 In addition to the bullion's sustained run-up beyond 200-bar SMA, it's failure to extend the pullback below 61.8% Fibonacci retracement also keep the gold buyers hopeful despite overbought RSI. As a result, $1639 is likely to return to the charts while further upside could aim for $1672 and $1700.