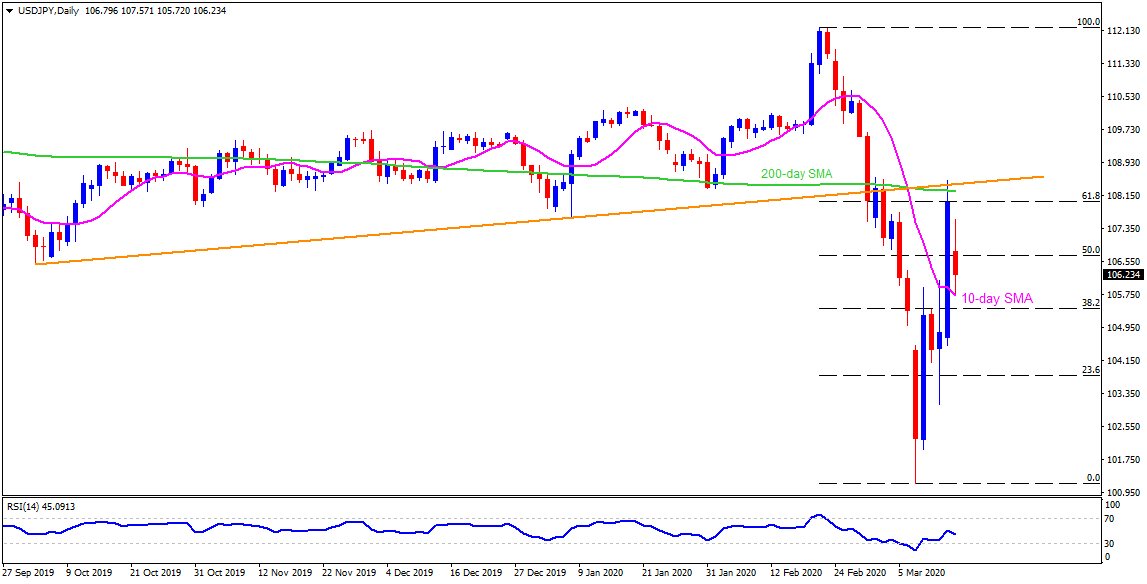 While the Fed's surprise rate cut and the QE dragged the USDJPY back to 10-day SMA, BOJ's inaction, except for increasing the ETF buying, failed to fetch the quote further down. That said, the USDJPY pair struggles between the 200-day SMA and 10-day SMA while the five-month-old support-turned-resistance line adds to the upside barrier. However, recovering RSI favors the buys and hence any upside beyond 200-day SMA level of 108.25, backed by a clear break of the said trend line, at 108.45 now, can challenge 109.50 and 110.00 numbers to the north.