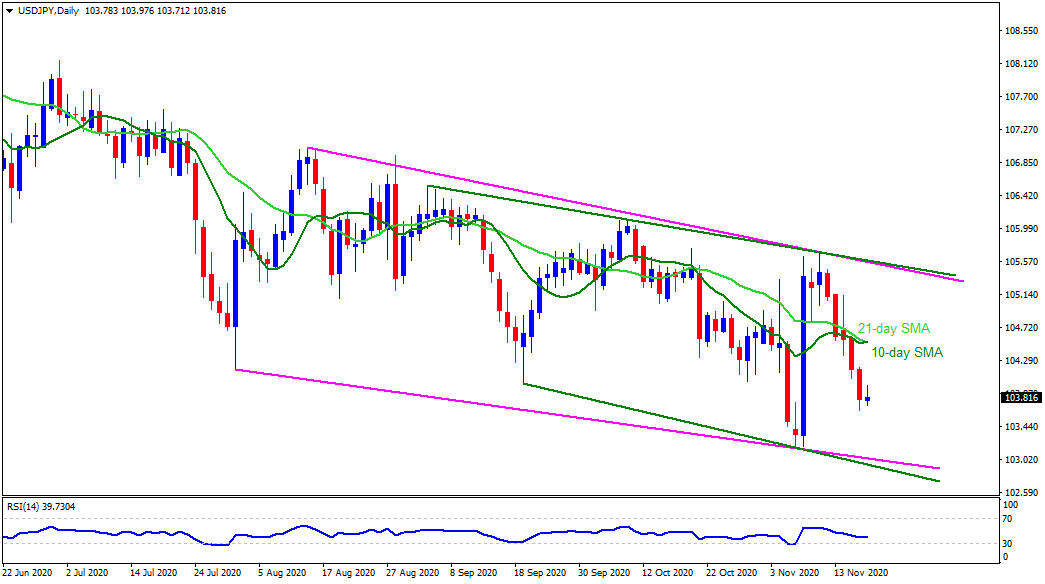 Be it covid resurgence in the US, Europe and Japan or the 'five eyes' attacking China's Hong Kong crackdown, not to forget Brexit woes, everything weighs on the risks and drags the USDJPY. The pair sellers also gain support from the weak RSI, but not oversold, while targeting the monthly low near 103.00. However, the quote's further downside will be challenged by the lower line of a descending trend channel, at 103.00, as well as another descending trend line from September 21, at 102.90. If at all the bears refrain from stepping back around 102.90, the yearly low near 101.20 will be on their radars.

On the upside, a confluence of 10-day and 21-day SMA around 104.55 becomes the key short-term resistance to watch during the pair's corrective pullback. Though, the bearish momentum isn't likely to fade unless the pair breaks the stated falling channel's resistance line, at 105.60 now. Following that, USDJPY buyers may target the October high near 106.10 while putting August's peak surrounding 107.00 on the watch-list afterward.