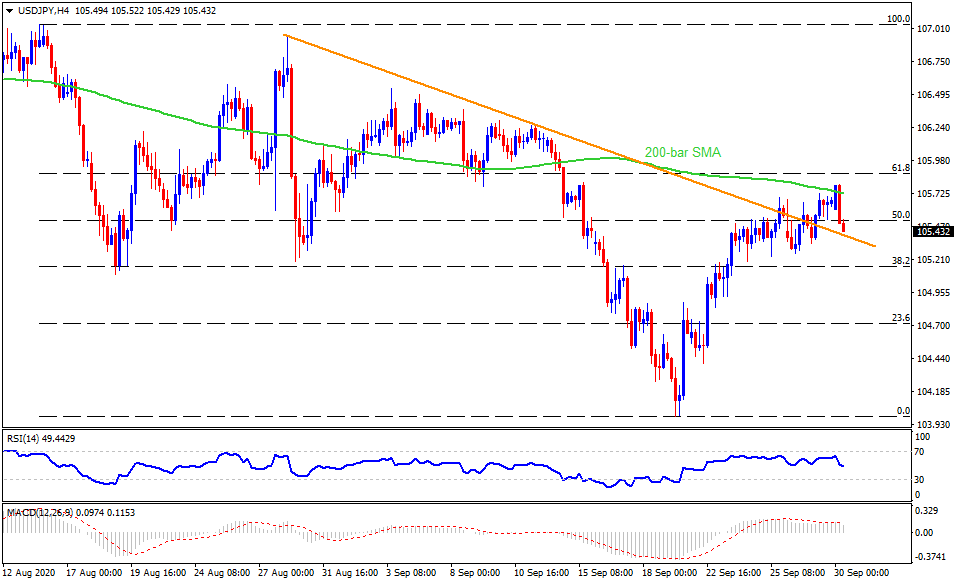 Although the US presidential election debate came out as more of a disappointment, Donald Trump's warning of a delay in the result triggered a rush for risk-safety afterward. As a result, USDJPY took a U-turn from 200-bar SMA and is near to the previous resistance line from August 28, around 105.40. Bearish MACD and the absence of oversold RSI join fundamentals to suggest the pair's further weakness. However, a clear break of 105.40 becomes necessary for the sellers to attack August month's low of 105.09. Should the bears remain dominant after 105.09, 104.80 and 104.50 may offer intermediate halts before highlighting the monthly low of 104.00 on the sellers' radar.

In a case market sentiment improves during the US session, 200-bar SMA and 61.8% Fibonacci retracement of August-September downside, respectively around 105.75 and 105.90 becomes the key. Also acting as a near-term upside barrier is the 106.00 threshold that holds the gate for the pair's rally towards the monthly high near 106.55.