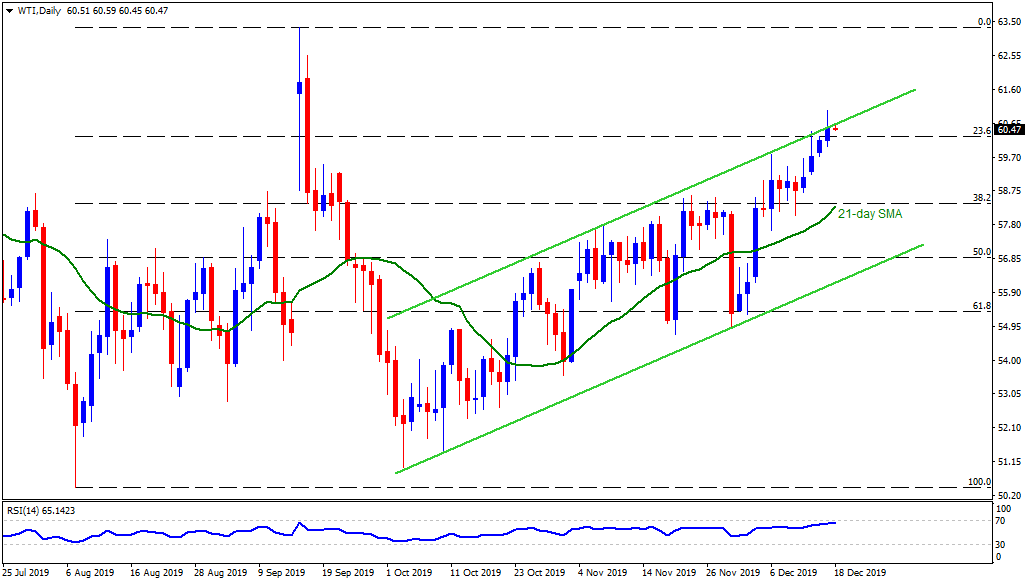 Despite rising to the fresh three-month high during the previous day, WTI fails to extend its run-up as an upward sloping trend channel's resistance, around $60.70 now, drags the energy benchmark on early Wednesday. Prices may now revisit 23.6% Fibonacci retracement of August-September rise, at $60.30, followed by $60.00 round-figure. However, a confluence of 38.2% Fibonacci retracement and 21-day SMA, near $58.40/30, could restrict the black gold's further downside.