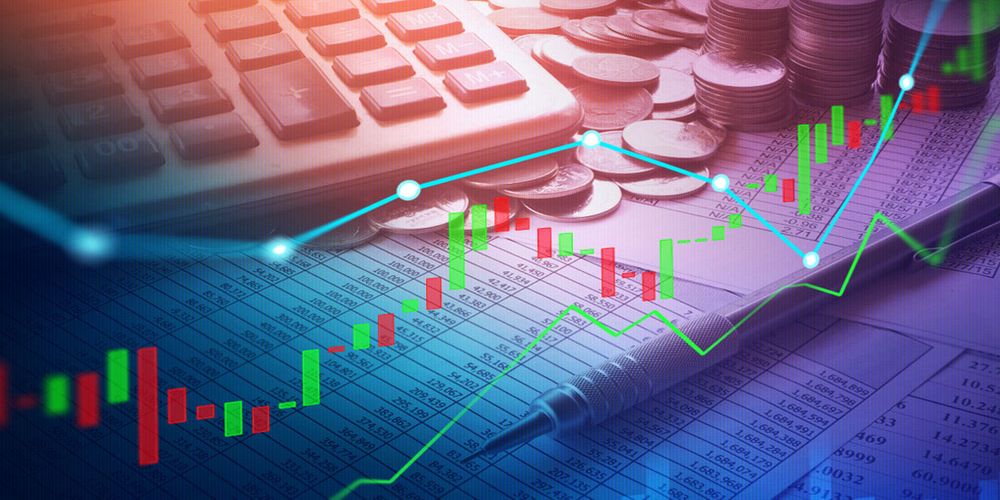 The Forex market, the largest financial market and the most volatile one, needs precise technical analyses in order to capture the market movement efficiently. Technical Analysis, the process of forecasting based on historical data, depends heavily on the charts and various technical indicators to reward a successful trading journey.

These MT4 indicators provide a unique outlook on the strength and direction of the price movement over specific periods of time. The following article describes various classical technical indicators which traders extensively use in their analysis and trading. Furthermore, a trading strategy based on the blend of these traditional Forex indicators is also being described.

Best MT4 indicators broadly serve three functions: to alert (or to signal probable trade), to confirm (a trend or entry), and to predict (to define the Stop-loss and the Target point). In short, indicators signify the price movement, and thus, it becomes essential to understand various technical indicators to know what they do and how they reflect and predict price movement in the market. The best way to learn about indicators is to first learn about the two different types of indicators: Leading and Lagging Indicators. So here is our best mt4 indicators list.

Leading indicators, also known as Momentum Oscillators, are designed to drive price movements. The benefit of using Leading indicators is that they generate early signals for entry and exit, which provides more opportunities to trade. These indicators help to identify oversold and overbought conditions during a down-trending and an up-trending market, respectively. 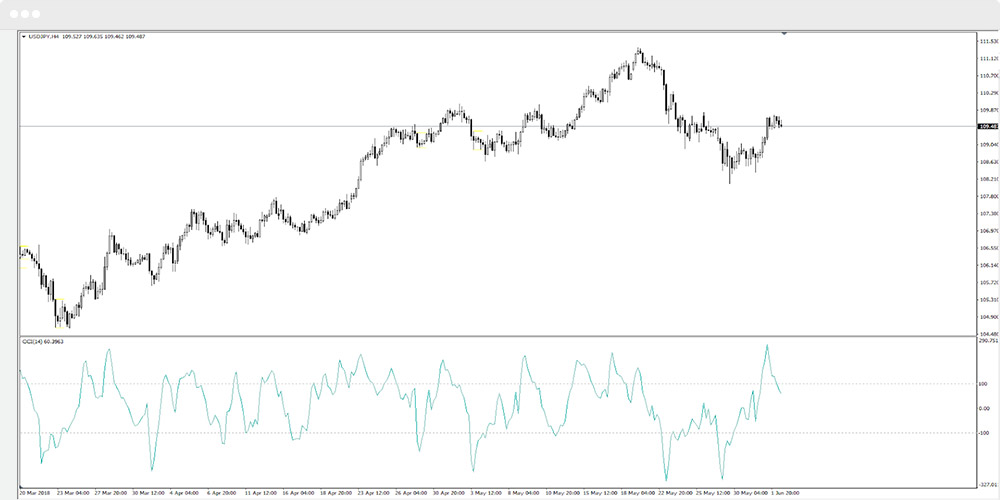 As we can see in the chart above, a sustained fall below the 100 level led to a sharp decline in the H4 USD/JPY chart, forming a top, while a reversal from the -100 level supported the USD/JPY to rise once again.

Relative Strength Index (RSI): The RSI signals the strength of the current movement, and it has been used by various momentum traders. The price is considered overbought – and the chances of a pullback are high when the RSI lies above 70. It is considered oversold when the RSI rates are below 30, indicating a probable turn in prices. 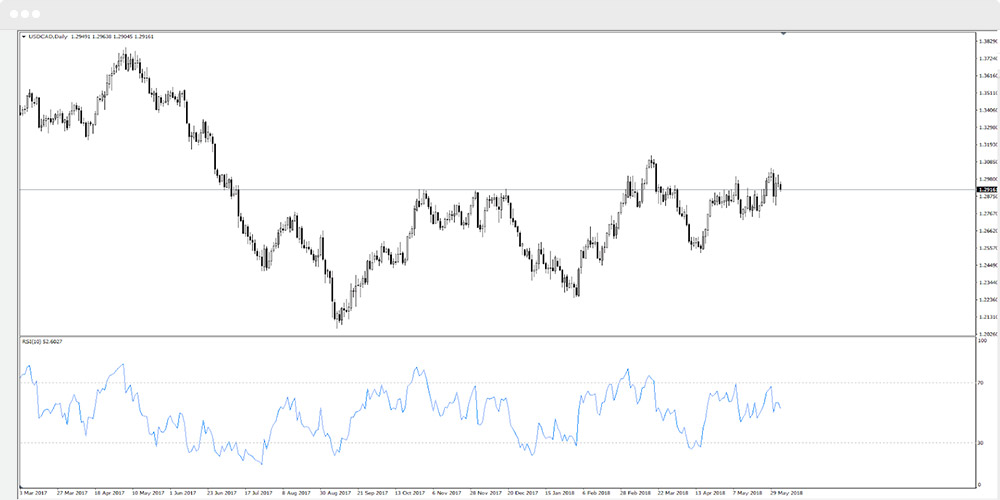 Stochastic Oscillator: An oscillator, based on simple and exponential moving averages, helps to determine peaks and troughs of the current price movements. Stochastic tells us when the market is overbought or oversold. Hence, whenever the '%K line crossover %D line' indicates upward price movement, and vice versa, while the strength of the move is known where precisely both the lines are trading. Generally, a stochastic line above 80 means the overbought market - signalling for a possible price correction to the downside, while stochastic below 20 would indicate a price reversal to the upside. 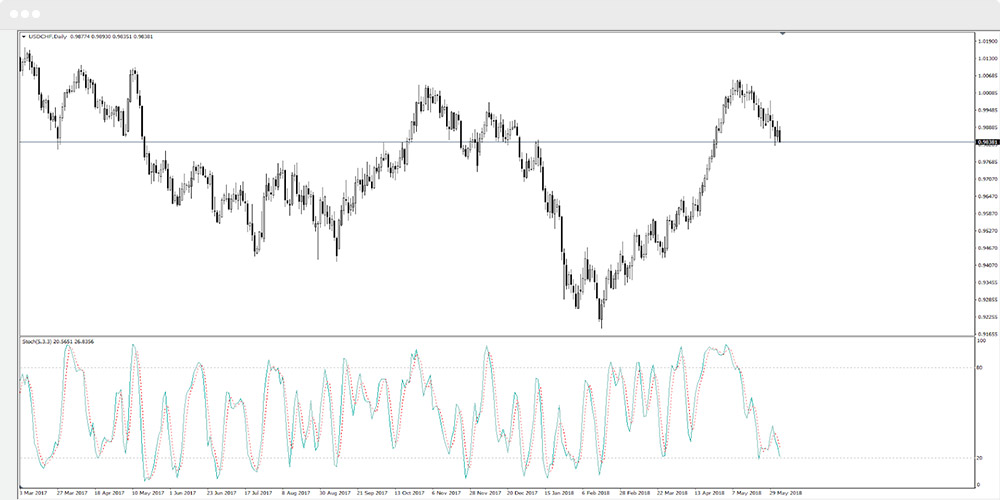 Lagging indicators are used for trend determination, and are the indicators that would follow a trend rather than predict a reversal. These indicators work well when prices move in relatively long trends. They do not warn you of upcoming changes in prices; they tell you how prices are doing; whether they are rising or falling. These trend-following indicators usually make you buy and sell a bit late. However, in exchange for missing the early opportunities, these indicators significantly reduce risks by keeping you on the right side of the market. MACD and Momentum are amongst the Lagging or "trend-following" indicators. We might say they are the best MT4 2018 lagging indicators.

Moving Averages Convergence and Divergence (MACD): While the Moving Average and the Relative Strength Index are both lagging indicators which are based on purely historical data, the MACD is a mixed indicator. That means it is based on lagging and leading indicators, which are more useful. The MACD is a momentum indicator defining the strength of the momentum, i.e. whether the current upward or downward trend is getting stronger or weaker. The MACD is comprised of two parts: a histogram – which is a bar chart showing the difference between the two EMAs (Exponential Moving Averages) of two different time periods – and a signal line – which is an SMA (Simple Moving Average) of the MACD for a specified period. 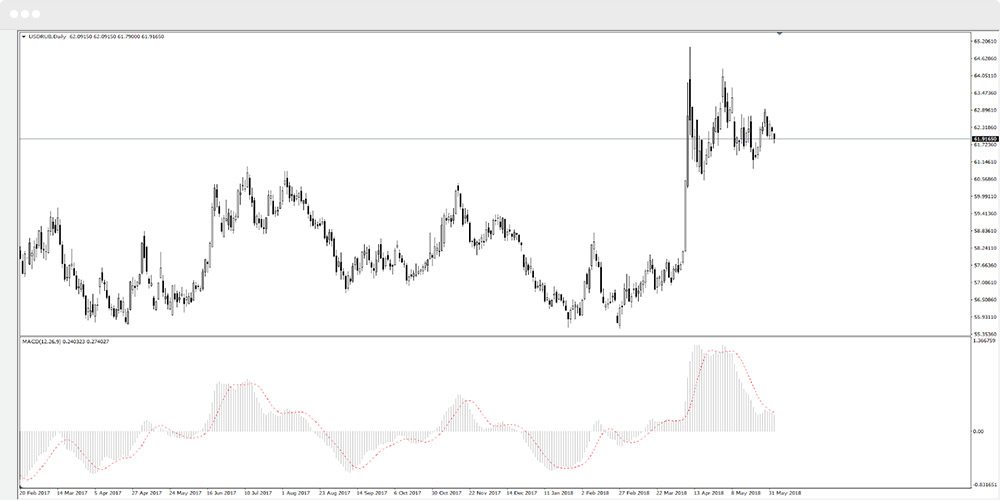 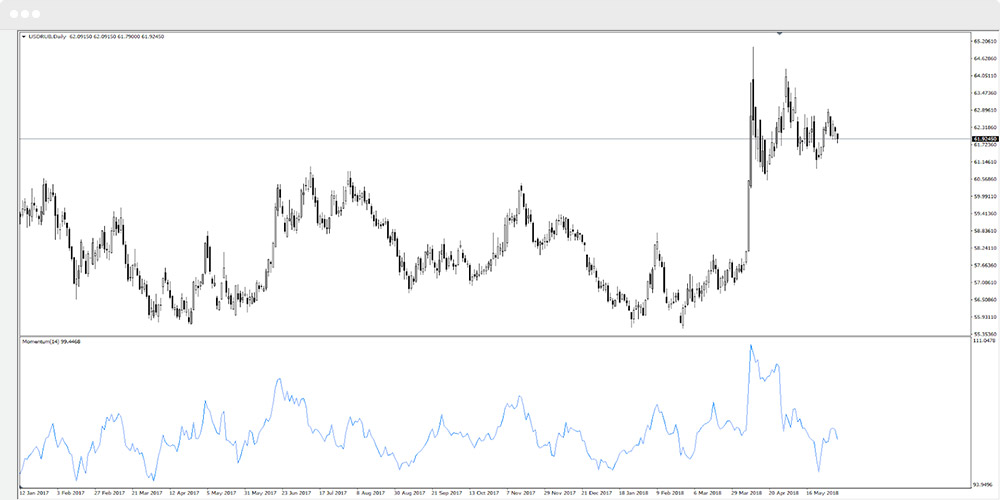 After describing various leading and lagging technical indicators, it's now time to shift towards "Moving Averages", one of the basic technical indicators every chartist comes across. They are used for providing the best MT4 signals. It is a smooth line indicating the average of the closing price for the specified period. However, there are many debates over whether to refer it as a "leading indicator" or a "lagging indicator", the characteristic of being silent about future trends makes it more acceptable to be referred to as a "lagging indicator". Contrary to widespread perception, there prevail various types of moving averages, namely Simple, Exponential, Smoothed and Weighted. 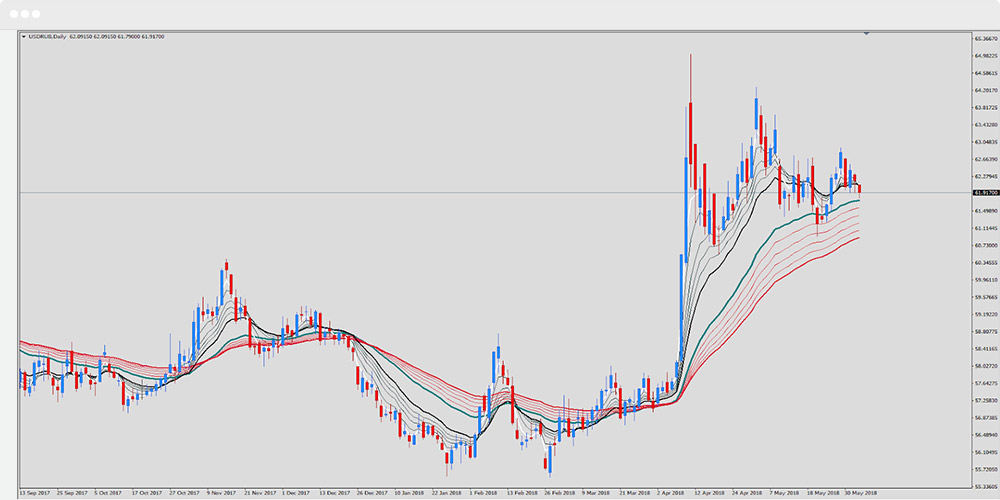 2. Exponential Moving Average (EMA): The usefulness of the SMA is limited because each point in the data series is weighted the same, regardless of where it occurs in the sequence. The most recent data is more significant than the older data and it should have a more substantial influence on the final result. To overcome this argument, usage of the EMA places more considerable weight to recent prices in an attempt to make it more responsive to new information started gaining pace.

SUM1 – The total sum of closing prices for N periods;

SMMA1 – The smoothed moving average of the first bar;

SMMA – The smoothed moving average of the current bar (except the first one);

4. Linear Regressed Moving Average- LMA: Even though the SMMA gives precise values compared with SMAs and EMAs, the lagging value makes it less preferable for technical analysis. Linear Regressed Moving Average gives a higher weight to the recent price move compared with the older one and makes the lagging factor absent. Herein, the element is assigned to each value based on the total period under study (not like the exponential weight given to each value under the Exponential Moving Average). Though the LMA is difficult to plot, it is useful in determining the counter-trend. It is one of the best free mt4 indicators.

Trading based on thorough analyses Is the first step that leads to a prosperous trading journey. However, analysing the right trade opportunity is a tough nut to crack. Various indicators need to be considered while preparing for a possible trade. The best method is to practise trading on MTrading free demo account first and develop your own trading style using the best MetaTrader indicators.

- How to Benefit from Short-Selling

- The Grid Strategy on Forex