The Most Successful Forex Traders 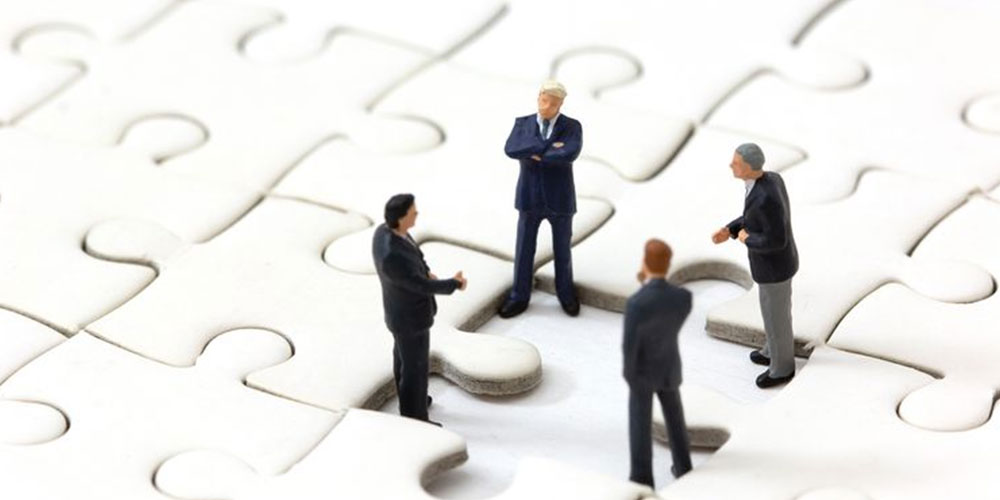 When we were kids, we were dreaming of becoming pilots, spacemen, superheroes, singers, archaeologists. Do you remember, how much time we spent playing games, imitating the desired reality? It was alright to dedicate all summer to do everything a kid could do to make a step closer to a dream. We were bombarding adults with endless questions, we could read with a flashlight under the blanket till dawn. We had an aspiring heart and were not afraid to try and fall. Where did it all go?

Today we are adults. But that doesn't mean we don't dream anymore. One thing that is for sure is that once you make some money in trading, you are charmed. Making money only with the power of your brain is amazing, isn't it?

It doesn't really matter if you are completely new in Forex or not, you are probably dreaming about becoming successful in Forex Markets. This article dives into the success stories of the famous professional traders and provides with a bunch of tips on how to become a successful trader. Keep reading to learn the story of a man who broke the Bank of England, to unveil who is the Sultan of Currencies, and find even more breathtaking experience!

Read the success stories of:

How to Become a Successful Trader?

Even when you were dreaming of becoming a spaceman, probably you had someone in mind, inspiring you. One of the best ways to improve is to learn from example. To join the list of the most successful currency traders one day, you definitely need an iconic trader. Find out who are the greatest forex traders in the world and track how they succeeded in a nutshell. We hope the success stories of these traders will inspire you and provide with a guideline.

Want to trader like a pro but too busy to trade forex? Copy trade operations of leading traders from around the world in real-time and let them earn money for you.

Let's begin with a legendary trader, the Fortune's favourite. 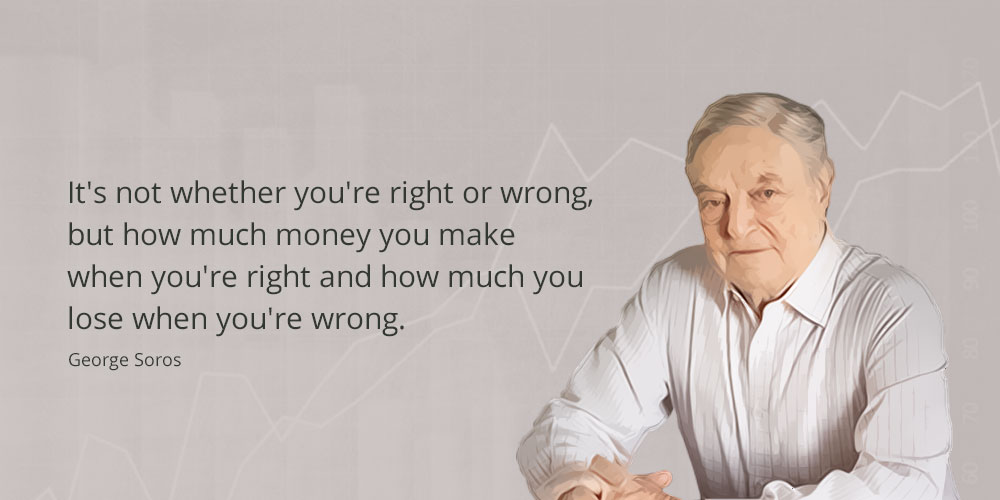 If you ask Google, "Who is the greatest Forex trader?", the name of Soros would figure on the top of the list. One of the greatest investors in history, a trader, who broke the Bank of England, he's reportedly made his fortune winning more than £1,5 BLN on short position on Black Wednesday (16 September 1992). Isn't it the example of great insight and courage?

It stands to mention, that at the time, Great Britain was a part of the Exchange Rate Mechanism (ERM). ERM activated government intervention in case the pound weakened against the Deutsche Mark by a certain level. That time the Deutsche Mark was the main currency in Europe since Germany had the most stable economy.

As it was mentioned above, Britain had committed to maintaining the pound's value, which was already sliding down. The government could support the pound value in two ways. The first included spending the gold reserves for buying the pound. In other words, Britain could intervene to keep the currency in line with the currencies of other countries. The other one intended raising the interest rates. Actually, the government could choose to do both at the same time. However, all the methods would hurt the economy badly. Spending the reserves meant wasting the taxpayer's money, and raising the interest rates would demotivate already poor investing.

It was George Soros who managed to predict the peak of the vulnerability of the Bank of England and fire point-blank.

How did he do that? Soros had been building a large pound position during a few months preceding the Black Wednesday, waiting for a trigger to go short.

On the Black Wednesday's Eve, Soros had received the statement made by the President of the Bundesbank, reporting one or two European currencies might become suppressed quite soon. Soros had banked on the pound and came up trumps. With the help of the hedge fund and partners, Soros had accumulated a large amount of pound to sell. He also was brave enough to borrow billions of pounds to expand his hedge fund to 15 billion pounds. 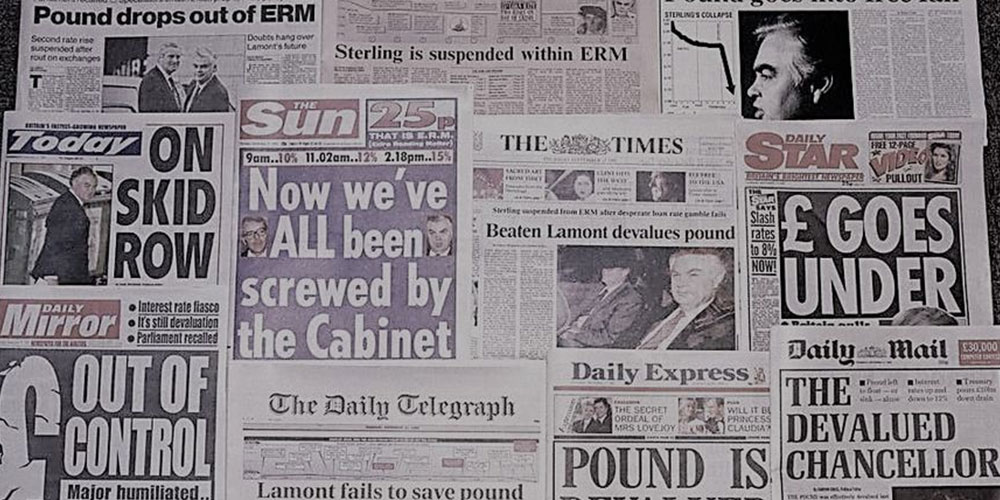 The headings of major British newspapers in September 1992. Illustrates the negative public reaction to governments' actions.

Borrowing so much money is very risky, you would say, and rightly so. But for Soros and his partners that was a great opportunity to beat the spread, risking at the worst only the loan interest, whereas the scale of possible profit was just enormous. Imagine what would happen, if you did the same:

Now imagine the effect of such strategy, if we speak about shorting 15 billion pounds? By 9 a.m. on Black Wednesday the British government could do nothing to hold the extreme slide of the currency price. Even though they increased the interest rates from 10% to 12% and bought as many pounds as they could afford, none of that helped. By the next day, the pound cost 15% less relative to the Deutsche Mark and 25% less relative to the U.S. dollar.

After the devaluation of the pound, the Soros' hedge fund value increased up to 22 billion pounds. Since the hedge fund managers usually earn 20% of the profit, Soros and his partners got about 1.5 billion pounds each on this deal. 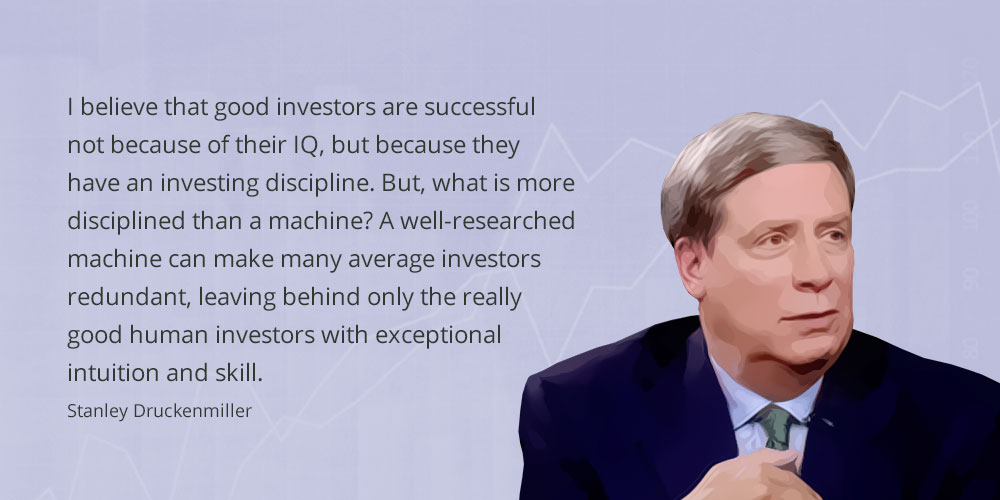 Should be mentioned, that he worked for George Soros until 2000 and was one of the partners supporting Soros during the devaluation of the British pound in 1992.

He is the former chairman and president of the Duquesne Capital. He founded it in 1981 and closed the fund in 2010 because he felt unable to deliver high returns to his clients. According to the interview posted in the Wall Street Journal, Druckenmiller "told clients that he's returning their money and ending his firm's 30-year run, referring to the 'high emotional toll' of not performing up to his own expectations." He admitted it was hard to make big profits while handling and being responsible for very large sums of money.

In 2009 he had been reported as the most charitable man in America. His funds are supporting medical research, education, anti-poverty programmes, and some fields of study. 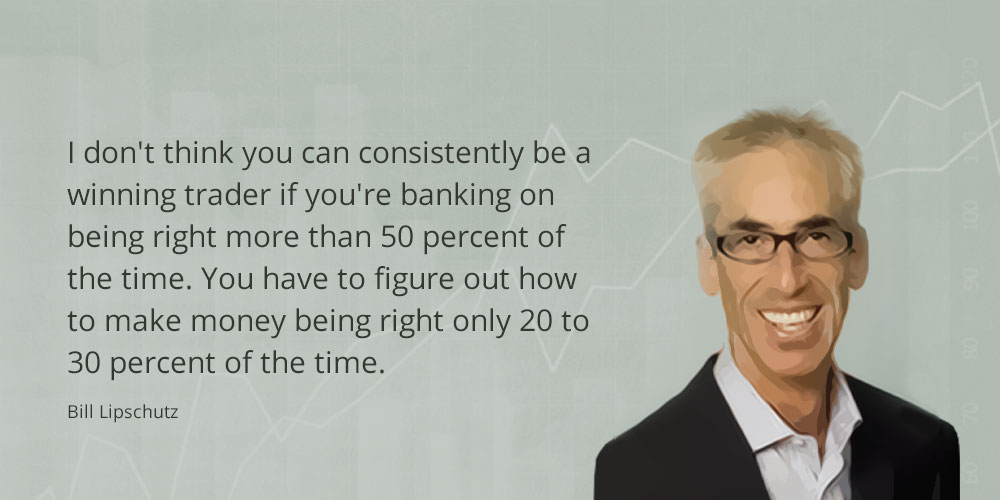 Bill Lipschutz is a living proof that sometimes it is enough to be hard-working and diligent to make huge profits on Forex one day.

When he was young, Lipschutz inherited $12,000 worth of stock after his grandmother's death. During attending school, he began to invest in his free time. He used to spend hours in the library, making research and reading all available info about the market.

In 1995 Bill Lipschutz formed Hathersage Capital Management, a Global Macro manager that specializes in G10 currencies. Lipschutz has been the Principal and Director of Portfolio Management at Hathersage since the firm's founding. His successful career inspired him to build a $200 million forex trading company.

The Sultan of Currencies is his second name, he describes FX as a very psychological market. His trading approach implies that being right only 20-30% of the time in trading should bring you the most of the money.